You will find the most recent Bibliography of Virgin Islands Dutch Creole (February 2019) at the related page above.

If you happen to know texts in or about Virgin Islands Dutch Creole, or texts in which parts refer to this language, please let me know to keep this file up to date.

New article or unknown text? I would really like to receive a digital copy!

Last week the great Danish, however multilingual, linguistic blog Lingoblog posted an interesting item by Kristoffer Friis Boegh on Danish vocabulary in the Caribbean. He is an expert on Virgin Islands English Creole, did his field work on the US Virgin Islands recently and has a good entrance into Danish archival material. You can find the link HERE. 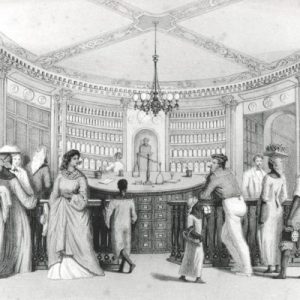 In my work on the provenance of Virgin Islands Dutch Creole words I was always focused on the influence of Dutch, mainly Zeelandic and West Flemish dialects. Of course I wondered why Danish vocabulary did not play a larger role, but I never really dived into this. To be honest: I found it quite hard to distinguish these words from others in the texts I studied: the eighteenth century translations by German translators.

Two cases in the study of twentieth century Virgin Islands Dutch Creole did point to the Danish linguistic influence. In the first place Frank Nelson’s visit to the Virgin Islands in 1936 was mainly triggered by his interest whether still elements of Danish were visible in the former Danish islands. When he found out a Dutch Creole was spoken, he started his field work. See my chapters on this in my thesis (Van Rossem 2017: 251-275 and 277-318).

The second case was in an interview by Gilbert Sprauve (and his students) in the early 1980s of Mrs. Alice Stevens. When he read to her the English translation of De Josselin de Jong’s  version of the Bremen Town Musicians, she did not use the word nume or nomo ‘no more, nothing’, but the intin, which is derived from Danish ingenting (Van Rossem 2017: 255).

Unfortunately this Lingoblog post is in Danish, however the examples are clear and interesting! Several Danish scholars, and I include Peter Bakker, have already showed that knowledge of Danish as L1 has an advantage when studying Creole material. For istance Sebastian Dyhr shows that in his master thesis about Magens (2001) and Troels Roland (2016) in his article and remarks about using Magens in translation or in Danish. Perhaps the hardly studied missionary translations (Hvenekilde and Lanza, 1999) should get extra attention in this respect. (Looking forward to it, Kristoffer!)

Posted in Announcements and reviews, Danish sources, On the Internet